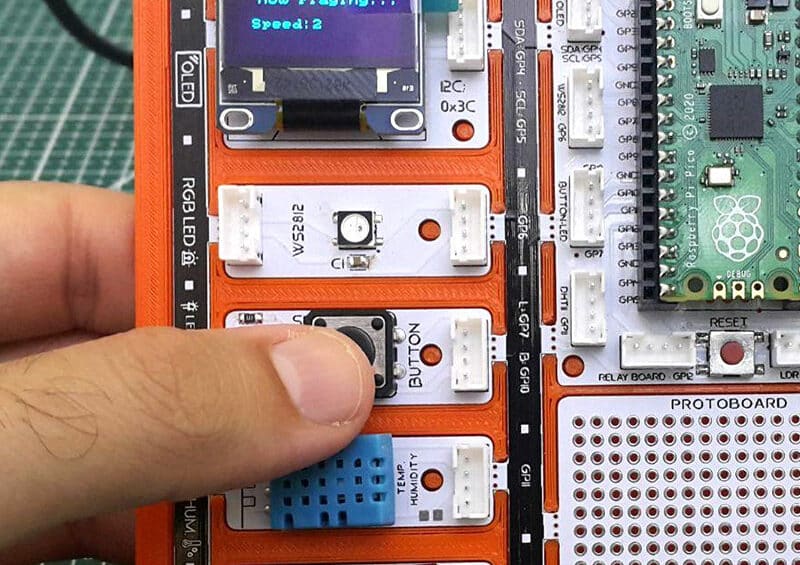 Many events in our lives have been digitized. One of them is sounds. The tone and intensity of the sound can be processed electrically. So we can extract notes electronically. The smallest unit of sounds that make up music is called a note. Each note has a frequency and intensity. With the codes we will write, we can adjust which note should be played and how long it should last by applying frequency and intensity.

In this project, we will prepare a music system that will play the melody of a song using the buzzer module and adjust the rhythm with the potentiometer module with Picobricks. You will also learn the use of variables, which has an important place in programming terminology, in this project.

With Picobricks you can play any song whose notes we know. We will use the button-LED module to start the song, the potentiometer module to adjust the speed of the song, and the buzzer module to play the notes.

Potentiometer is analog input module. It is variable resistance. As the amount of current flowing through it is turned, it increases and decreases like opening and closing a faucet. We will adjust the speed of the song by controlling this amount of current with codes. Buzzers change the sound levels according to the intensity of the current passing over them, and the sound tones according to the voltage frequency. With Microblock’s, we can easily code the notes we want from the buzzer module by adjusting their tones and durations.

We will check the button press status in the project. We will make the melody start playing when the button is pressed. During the playing of the melody, we will use a variable called rhythm to increase or decrease the playing times of the notes at the same rate. After Picobricks starts, we will enable the user to adjust the rhythm variable with the potentiometer, either while playing the melody or before playing it. As long as Picobricks is on, we will divide the potentiometer value (0-1023) by 128 and assign it to the rhythm variable. Variables are data structures that we use when we want to use values ​​that can be changed by the user or sensors in our codes. When the user presses the button to start the song, we will prepare the note codes that will allow the notes to play for the duration calculated according to the rhythm variable.

You can code and run Picobricks’ modules without wiring. If you are going to use the modules by separating them from the board, you should make the module connections with grove cables. 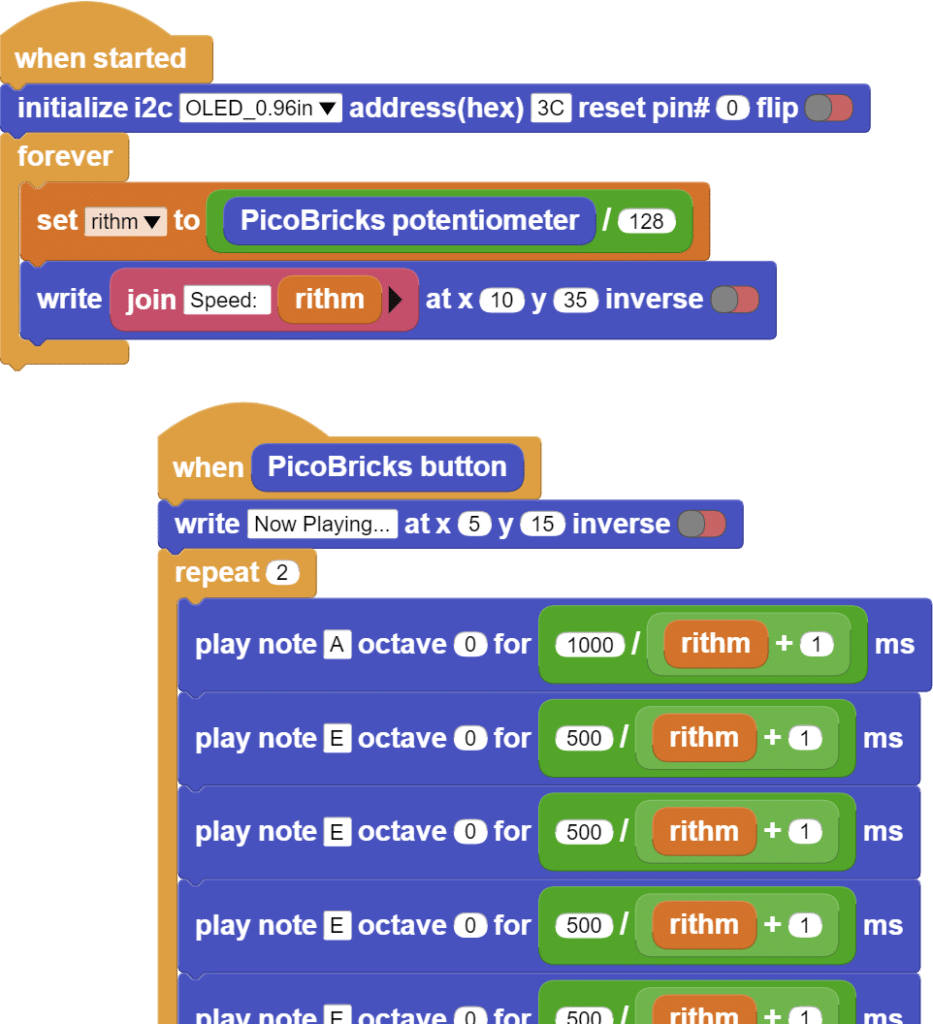 MicroPython Codes of the PicoBricks

Arduino C Codes of the PicoBricks

To make your project more visual, you can light a different color LED according to the played note, show the note names and playing speed on the OLED screen.